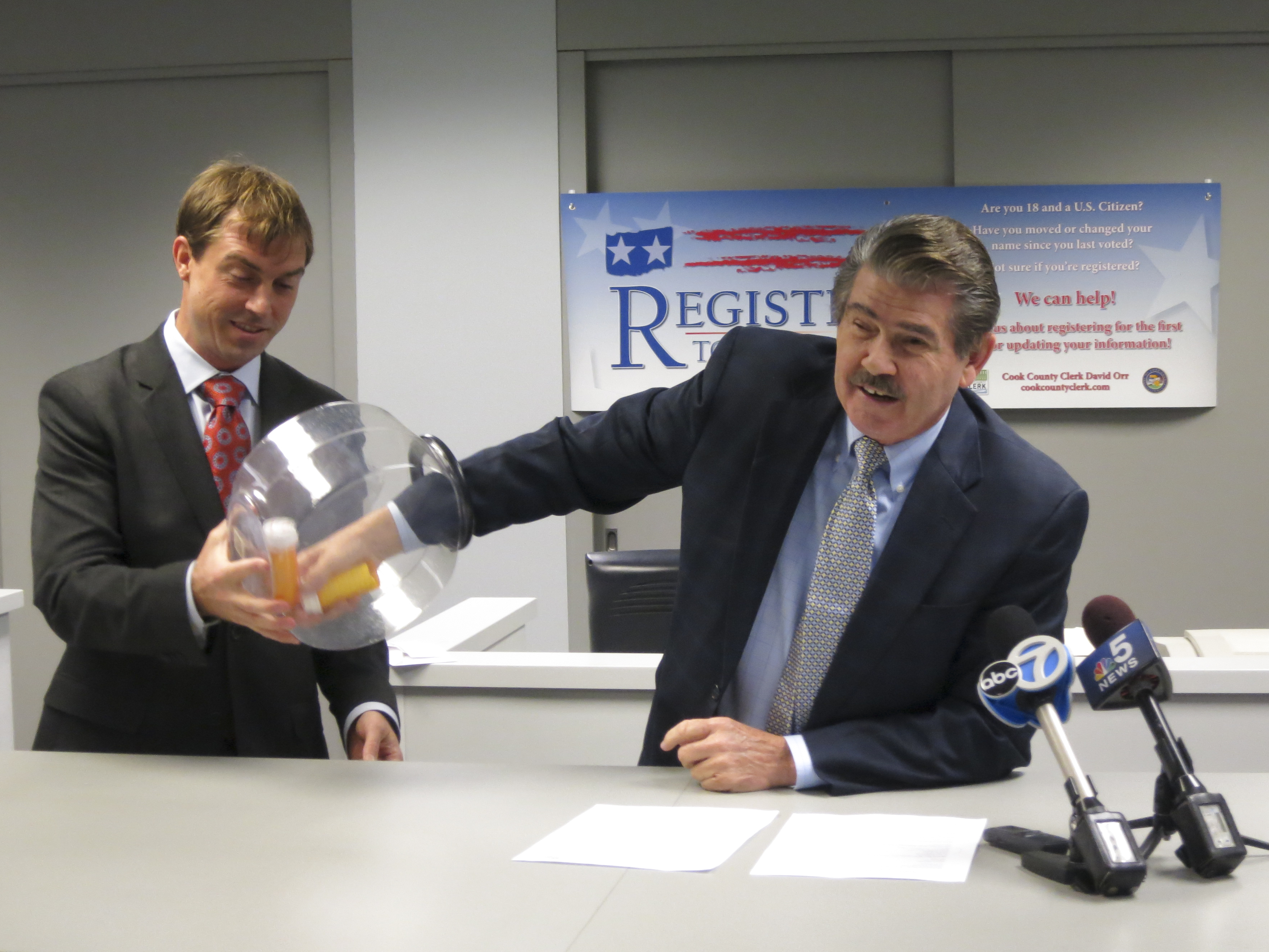 Twelve drawings – eight for the first ballot spot and four for the last spot – were held for a total of 10 primary races – nine Democratic and one Republican. The lotteries for the first position on the ballot were comprised of candidates competing for the same office who filed their nomination petitions simultaneously Nov. 23 at 9 a.m., the first day of candidate filing.

At 9:30 a.m. at the Clerk’s downtown Chicago office, Orr and Praetz stuffed slips of paper into bottles for each race, and tossed the bottles into a fishbowl. The bowl was shaken, and the order in which Orr picked the bottles determined ballot order for each race.

The first lottery was for the Democratic contest for Clerk of the Circuit Court. Two candidates were included in the lottery. Orr first pulled out the bottle containing candidate Jacob Meister’s name, giving him the top position in that race. Dorothy Brown, the incumbent, will have the second spot on the ballot in the race for Clerk of the Circuit Court.

Anyone who filed after 9 a.m. on Nov. 23 and before 3:59 p.m. on Nov. 30 will be on the ballot in the order they turned in their nomination paperwork.

The Cook County Electoral Board is scheduled to meet on Monday, Dec. 14 at 2:00 p.m. to adopt rules and procedures—no objections will be heard on that day. Initial hearings before a hearing officer will be conducted on Dec. 15 or 16. The hearing officer makes their recommendations to the Electoral Board, which then rules on the objection. A detailed schedule of the hearing times will be updated on the Clerk’s website.

The results of the lottery are below, in the order candidates will appear on the ballot:

Clerk of the Circuit Court
Jacob Meister
Dorothy A. Brown